Great events cast their shadows ahead: The unofficial German Championship for our favorite game will take place on January 30 and 31, 2021 – via TTS due to pandemic. Reason enough to interview Germany’s top model, er, streamer in terms of X-Wing “ScumDan”!

Dear ScumDan, first of all thank you for taking the time for this interview. I assume that you are well known in the German X-Wing tournament scene, but for all those who don’t know you, here’s a question to get you started:

Tell us first who you are and what you are doing

Hi, my name is Daniel and in real life I’m a secondary school teacher. Besides all the Star Wars stuff I also play electric guitar and drums and I’m a passionate videogame player.

When did you first get in touch with X-Wing? Did you immediately “fall in love” with the game? What appeals to you most about X-Wing?

A former colleague of mine, with whom I played Axis and Allies from time to time, called me and told me about a new Star Wars game he had discovered. There was just wave 5 of the first edition out. Just seeing the minis for the first time was enough to get me hooked. In addition to the franchise, the gameplay, which is relatively simple at its core, appeals to me. But what has kept me playing for so long is definitely the community, where I’ve made some real friends.

How often do you play X-Wing and where? Are you part of a team? And under the current pandemic conditions: Do you play TTS and if so, how often? And if no, why not?

Normally I always played about once a week as part of the X-Wing support group. TTS rather sporadically to be honest. I’m glad there’s this substitute option, but I actually prefer streaming then playing myself.

TTS is also a good keyword: In Germany you sometimes get the impression that X-Wing via TTS is as difficult as a home office arrangement with some employers – why is that?

I think the direct contact to the players is missing and the fact that you can’t “run” your (partly also lovingly painted) minis. And (at least that’s how I feel) when I’m sitting at the computer, I usually prefer to play something else, to be honest. I think others might feel the same way.

The DXM, the unofficial German championship for X-Wing, takes place via TTS. How spontaneous was the idea to organize and hold this tournament? If I remember correctly, there were only a few weeks between the call in the WA group to support the tournament and the actual announcement.

Due to X-Wing fatigue and my upcoming move in late fall, I had taken a break from X-Wing and followed the game only a bit on the sidelines. I had noticed that the Polish community put a kind of TTS Nationals on the legs and thought to myself: We organized Germans should also manage that 😀 When I then came back to the WhatsApp group, I asked if something like that was possibly already in planning. This was not the case, but a planning group was quickly found and the date was also quickly set.

How high do you estimate the effort in planning and realization to an offline tournament (“classic X-Wing tournament”)? Similar or less?

I have already organized some classic tournaments together with the SHG guys and I have to say that the differences in planning are almost identical. It probably won’t be any different when it comes to execution. Pairings, judge questions, entering the results etc. are not that different online and offline. As far as streaming is concerned, it is of course much easier online, because there is no need to set up and dismantle the equipment.

For someone who has never played a TTS tournament: How can you roughly imagine the process? For example, are 32(or more) virtual tables actually set up? How do the pairings work? How do you call the judge? What happens if you suddenly lose your internet connection and can’t connect to the game anymore?

Virtual tables are created based on the number of players in Discord, ann there is a special Judge Channel that you can quickly hop into. I think when you disconnect from the internet there is a time limit in which you can rejoin. But the other Tos I think know better 😉

The X-Wing scene is known to be very casual in general and also in dealing with newcomers. Do you think this also applies to TTS tournaments? Could you just play along as a newbie or should you have some previous experience in TTS?

The basic mechanics should already be known. You can also ask on the DXM Channel if you need a little TTS instruction. TTS is developed further and further and in itself it is relatively simple and intuitive to use. But you should not play it without any previous knowledge. It wouldn’t be fair to your fellow players if they had to give you a 20-minute introduction 😉 .

Since I am somewhat involved in the DXM organization myself: How surprised are you by the support from other teams and retail partners in terms of price support?

Yes insane! We all know that the community is great, but I’m really thrilled with everything that came in. And also the stores were really generous and donated a lot of prizes.

Keyword prizes: There are quite a few to win. If you were allowed to enter your own game, what would you be particularly keen on as things stand at the moment?

The maneuver templates for the top 4 are going to be pretty nice, so hopefully I’ll be able to present some pictures soon. The highlight in my opinion is the trophy, it looks really sharp. The cool thing about the tournament is the large number of Alt Arts that will be given out to all participants. There are a few real treats.

Can you actually only win prizes as a player at DXM or will there also be prizes given away to viewers or social media likers and commenters?

For the active people in the Twitch chat there will be a lot of prizes, I can promise you that J

People often ask “critically” about virtual tournaments, why there is a participation fee at all, if there are no usual cost factors like room rental or catering. What is your answer to this? Can you still hear the question?

Dodo has already addressed it: Shipping is a factor not to be underestimated and even if we got many prizes as donations, there are also some things that have to be paid for. My personal opinion is (how we handle this as an organizing team in the end has not yet been discussed) that in the end a little bit of money should be left over for the organizing team as a kind of compensation for expenses. Sooner or later this money flows back into the community, be it through prizes that are left over for other events or money that can be used to buy new AltArts etc. for giveaways and tournaments. Sometimes I have the impression (especially in Germany) that a lot of things are taken for granted and should be given for free or as cheap as possible 😀

ScumDan, you’re going to stream and comment on the DXM as well. Do you do that again in English and how much do you actually annoy comments on the net that ask “Why must a tournament in the German-speaking region be commented in English”?

Some time ago I decided to make the X-Wing streams generally in English. Of the YouTube subscribers and Twitch followers also very many are not from Germany. A small example: Of the YouTube videos of the last two months, only about 18% were from Germany. Of course, I want the streams and videos to be watched by as many people as possible. And of course, English as a universal language enables that the most. I also have monthly supporters via Patreon from all over the world. I don’t want to exclude them with a purely German-language stream. And who finds that just kind of stupid, just do not watch 😀 Previously, negative comments have annoyed me rather, now I’m rather indifferent and even find it amusing sometimes. But I wouldn’t rule out streaming in German for a special event or something.

Is there a list that you don’t want to have in the stream?

Currently I don’t play at all, but I’d like to play the Seperatist Firespray. My favorite pilot is definitely Guri <3

Just tell me something: If Atomic Mass Games would announce a new ship for X-Wing soon, which one would it be?

The obligatory question: Your favorite movie(or series) of the Star Wars franchise?

Return of the Jedi Knights, I must have watched that one 60 times or so.

And why isn’t it Episode 9?

(Editor’s note: There’s actually an answer missing here, so we’ll chalk it up to a comment).

Do you play any other tabletop system/games outside of X-Wing? Would you go to tournaments for them or organize them?

Would you call yourself a nerd or gamer or do you reject such “pigeonhole” terms?

I think nowadays that would be far too short-sighted. Every person has several facets, I think. What is a “nerd”? At what point is someone a “gamer”? As far as Star Wars is concerned, I am certainly what is widely called a “nerd” and have been playing video games regularly since I was little. But at the same time I listen to modern German hip hop, I had to repeat 9th grade because of physics, math and computer science and I’m a total brand victim (shame on me) when it comes to clothes. Somehow everything doesn’t fit into one pigeonhole. But if someone calls me a nerd because I travel all over Germany and abroad to play with plastic ships, I would definitely not contradict 😀

Finally: What would you miss in your life without X-Wing?

Phew… X-Wing has almost become part of my identity, so there would really be a lot missing in my life. First and foremost, of course, the people I got to know through the hobby.

Thanks a lot for the interview!

If you want to sign up for the DXM now (and I strongly encourage you to do so),please see below:

How to enter the tournament:

Fill out this form:
https://forms.gle/AQAX8Q1MGTLP1YGD7

The organizers will confirm your TTO signup after receiving the form and paypal entry fee!

We would also like to thank the resellers who support the DXM: 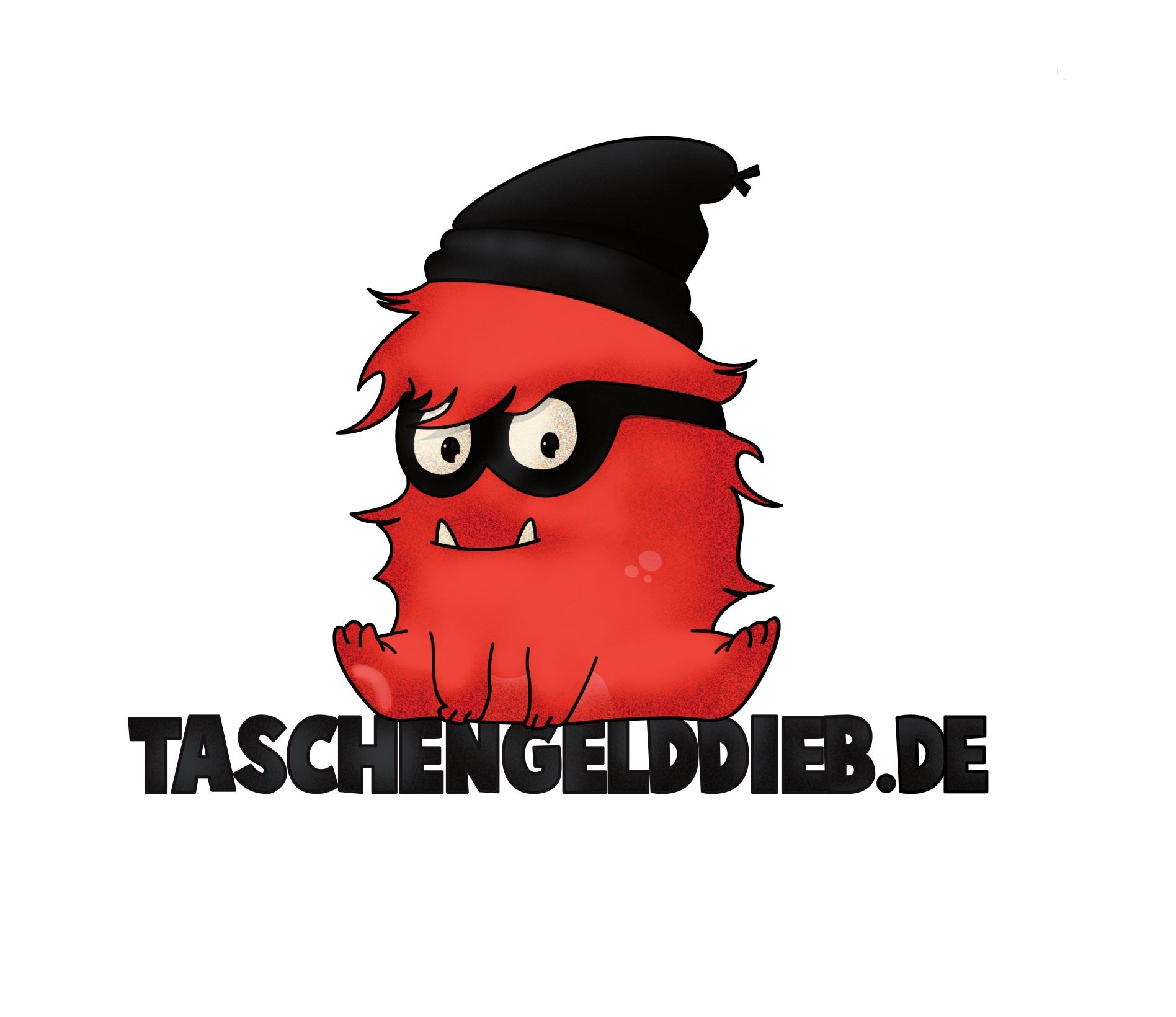